POI of the day - Prague 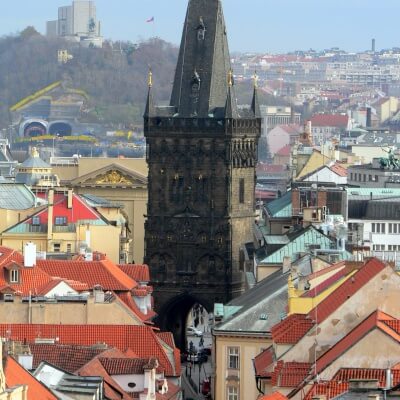 Free entrance every Wednesday admission to permanent exhibitions is free

The Museum of Torun Gingerbread

Free entrance for children and young people with disabilities

Free entrance admission to the permanent exhibitions on Wednesdays

The Spanish Donkey of Torun

The Centre of Contemporary Art

Old bridge over the Vistula

The Planetarium of W. Dziewulski

Free entrance on Saturdays, Sundays and public holidays half-fare tickets are valid for everyone. It is possible to purchase the familly tickets, and with language version.

The Palace of the Dąmbski Family

House Under the Turk

The House of Legends of Toruń

Fengers' Palace
0 / 5
In the tenement built in 1742 by Jacob Fenger came into the world his grandson -Frederick Skarbek. During the holidays 1825, Frederic Chopin lived in this townhouse, whose father was a teacher of Fryderyk Skarbek. The two lower floors of the building were meant to be apartments, the rest of them - magazines. Building's baroque elevation was stripped in the 19th century, then was simplified. The veneer and the interior was converted for rental housing.