POI of the day - Torun 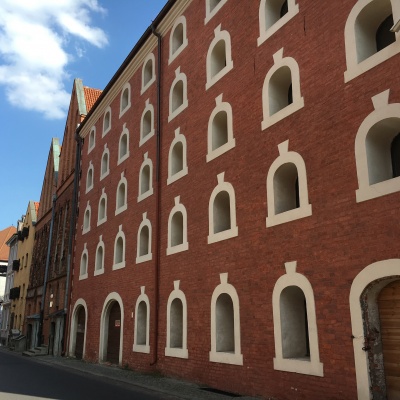 Free entrance every Wednesday admission to permanent exhibitions is free

The Museum of Torun Gingerbread

Free entrance for children and young people with disabilities

Free entrance admission to the permanent exhibitions on Wednesdays

The Spanish Donkey of Torun

The Centre of Contemporary Art

Old bridge over the Vistula

The Planetarium of W. Dziewulski

Free entrance on Saturdays, Sundays and public holidays half-fare tickets are valid for everyone. It is possible to purchase the familly tickets, and with language version.

The Palace of the Dąmbski Family

House Under the Turk

The House of Legends of Toruń

Leaning Tower
0 / 5
The most famous tower in Torun was founded in the 14th century. The deviation of the building is the result of unstable ground. Initially, the Tower served as a defense facility. The tower was distinguished by holes in the side walls, the porch connecting it with the defensive walls and one unfinished wall. When in the 17th century, the Tower ceased to perform its function and was transformed into a prison, so far unfinished wall has been finished. In the nineteenth century, the tower was a forge, then gained the residential function. In the following years, the Tower became the seat of the cultural associations, café and gift shop. Currently, Leaning Tower hosts Torun Cultural Agency and the gallery.